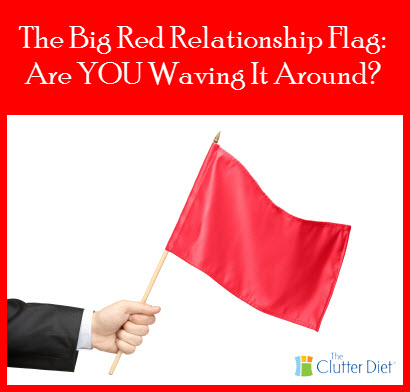 What is the most precious commodity you have? It's not money. If you lose money, you can get more. You can stockpile it and move it around.

My argument is that your most precious commodity is TIME. If you lose time, you can never get it back. Never. You can't save up extra time for a rainy day.

I have noticed in my life and relationships that one of the biggest "red flags" signaling trouble is someone who doesn't respect your time. Nearly every time I have had a significant problem with another person, this issue has been present in a big way.

I'm not talking about the occasional forgetful lapse, or the times that someone is five or even fifteen minutes late (as we all are from time to time).

I am talking about PATTERNS. Consistent records of stealing your time in one form or another. People who are predictably unreliable.

Here are some signs that someone doesn't respect your time, and ultimately doesn't respect YOU. If you experience more than a few of these consistently from someone, WATCH OUT!

Granted, we've all done some of these things to others at times, but when these behaviors form a pattern, that is the problem.

Recently someone sought me out and asked me to lunch and then didn't show up. I tried getting in touch and finally heard back (well after the lunch time had passed) that the person had a work conflict. I'm willing to give people the benefit of the doubt, so we rescheduled, and I already thought, "I'm not holding my breath."

Sure enough, the second lunch time came and went. Again, a work conflict, but didn't bother to tell me until later. Well, we are done…I won't be rescheduling, and I wish the person well, but I am not signing up for more of that behavior. I could have made many other plans, but I had reserved that time for that person, and now that time was gone. The opportunity cost was huge.

I always say that being organized is about being decisive– making good decisions about your time is just as important as making good decisions about your stuff. Managing relationships that steal your time is an important skill to develop! I have found that the earlier I recognize these signs, the better I can manage these boundaries, whether it's by resetting my expectations, no longer doing business with someone, distancing myself, or even ending the relationship entirely.

Are you respecting other people's time? What about YOUR OWN? Are you watching the sand pass through the hourglass by procrastinating or being indecisive? Share your thoughts in the comments!

You know it’s sad when you have someone or a few people in mind as you read this list. I had decided that I would carry on with plans after waiting 20 minutes for someone. I will probably bring this down to 15 minutes. It’s about self-preservation. The amount of time I’ve spent waiting on people, added up, is ridiculous. People who are always late, I’ve found, are the most selfish I’ve met. My time in this world in finite, so it’s its own form of dishonesty to make me waste it.

Such a powerful statement, Quinn “my time in this world is finite.” Thank you for sharing your thoughts on this!

Good points. There comes a time that we all need to disconnect from certain relationships. This sounds bad, but what it means is that we can focus your efforts on positive relationships that create value rather than the ones which, as you point out, become a drain.

Yes there are people like this and a person needs to control them, but really, why the anger? Keep calm and carry on.

Lori, you really struck a nerve with this one. Mostly because in one artice you linked people whom i call ‘users’ or ‘takers’ with people like me.
I have time issues and my people love me anyway!!
As a matter if fact, they dont drop me from their life…they help. Lunch at noon, thy will straight up lie and tell me 11:30.
Why do grown adults play this silly game? I believe it is partly because i don’t take advantage of them, partly because when I do show up, I am honest, creative, engaging and fun. Furthermore, I always pay my own way.
There are only 2 time frames in my world: NOW and NOT NOW.
Short daily routines are my key to success.
If you are thinking that I may be ADHD, you are absolutely correct! It’s a blessing and a curse -that I would never give up for a boring life of clock watching.
All the best to you and you readers,
JP

JP I am right there with you! The ADD does make it hard to control my own time and I feel myself in this list. So why does it upset me when others are the same way? This article really put things into perspective for me. I need to find a better system of time management. I like my smart phone to tell me when things on my calendar are due but then I have to be diligent about putting those things into the calendar! Hopefully some day soon I will master something like this! I need to form some new good habits.

Lorie, this is one of the best things you’ve posted, and that’s saying a lot since I always get so much out of what you put up. Thinking about the people in my life whom I’ve felt the need to drop, even if I couldn’t explain it just then– THIS is a huge part of why I did it, I now realize. The really hectic times in life– sick relatives, personal crises– highlight this stuff especially. I knew that there were people in my life who I needed to not allow in anymore when they couldn’t respect my time even, for example, when I took time away from my dying grandmother to have coffee with them and they’d cancel last minute. Of course, I needed the coffee break, too, but I could instead have taken it with a real friend who would actually show up. Now I have something specific I can point to when I’m debating these decisions.
To those for whom ADD or ADHD is an issue, I hear you– so perhaps, in order to save everyone some grief, explain this to new friends and associates and let them know what measures you have in place to manage your life, so that they can ally with you instead of everyone being frustrated. If I know that you need to hear 11:30 to get there by noon, that helps us both. Also, make sure that, like you said, your friends and associates get value from knowing you somehow. I have a lot of charming friends and associates who are also usually on time. I find that people I know whose value in my life I have to debate, often don’t have too many good friends themselves because they have to settle for people who have the same irritating characteristics they do. Since you all report having good friends who know how to adjust to your timetable, you must be wonderful in many other ways. Keep that up.
I struggle with it myself because I over-commit, and for me, saying NO more often is what needs to happen. I also have Type 1 diabetes (and other chronic illnesses, but that’s the one that usually eats my time) and I’ve found that explaining to people that my disease will change my schedule frequently and without notice makes us all a little happier. People may be irked with me for showing up fifteen minutes late (and it’s rarely more than that, and that in itself is rare), until they know that it took me that long to be able to stabilize my blood sugar enough to drive. Moreover, in this wonderful day and age, we can call and text people from anywhere to let them know that we’re running late. Most compassionate people will understand that, no matter the reason, as long as they’re kept updated. If they don’t, it might be best to break ties with them, too. A lot of “breaking up with” people inherently involves judgment but maybe we can work more on agreeing that some arrangements are just not mutually beneficial, and it’s no one’s fault.
Sorry for the going-on– I probably made some of you late to something reading this! 🙂